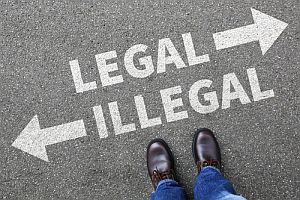 “Our 2017 theme is ‘Not Licensed? Not Legal!’ and this year we are truly going global,” said Lawrence Barker, Acting President and CEO of ICCRC. “In addition to reaching out to our audiences across Canada, our messages will be viewed by millions in English, French, Spanish, Arabic, Punjabi and Mandarin throughout Europe, Africa, the Middle East and Asia.”

ICCRC is the national regulatory body that governs Canadian immigration and citizenship consultants as well as international student advisors. A member of Canada’s Fraud Prevention Forum, the Council joins the federal Competition Bureau and hundreds of businesses and organizations to warn consumers of fraud. ICCRC recommends that people who seek immigration or citizenship advice visit the “Find an Immigration Professional” page on its website (www.iccrccrcic.ca) to determine whether an immigration consultant is a lawful practitioner. Anyone not authorized should be reported to the Canada Border Services Agency (CBSA) Border Watch Toll-Free Line at 1-888-502-9060.

Federal law requires anyone providing Canadian immigration or citizenship advice for a fee or other consideration must be a member in good standing of a provincial or territorial law society (a lawyer or an authorized paralegal in Ontario), the Chambre des notaires du Québec, or ICCRC. Anyone providing any immigration or citizenship services, who is not a member of one of these organizations, is acting in contravention of the law and should be reported. Punishment can include a fine of up to $100,000, and/or imprisonment up to two years. 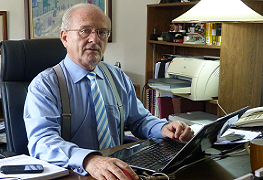 Mr. Couture is a businessman and Canadian Immigration Consultant with a strong background in academic administration and student planning at Ryerson Polytechnic University in Toronto. Prior to AMS, Mr. Couture served as Trade Adviser to the Canadian High Commission in Colombo. He has a longstanding relationship with south Asia, having been involved in several significant Canadian investment projects.

Over the past ten years, he has dealt with a variety of changes in Canadian immigration policy. He continues to stay abreast of legislative and regulatory changes and, as a result, he is able to provide clients with the most up-to-date information pertaining to both Permanent Resident and Temporary Resident Visa applications. Mr. Couture is a resident of Sri Lanka, having settled in Colombo with his wife since January 1993.